I-70 Traffic is an iPhone app designed to display glanceable data while en route to ski resorts in and around Vail, CO. The interstate is often congested as I-70 is the primary route to these ski resorts.

This is where the I-70 Traffic app comes in, as it shows a traffic summary, time estimates, and road conditions along the way. With the Apple watch launch looming at the time, we decided it made sense to visualize I-70 Traffic in watch form.

This project was wrought with challenges, first of which was that the watch had not yet been released during development. We poured over any information available to better understand the watch and its interactions. Not only does the device have a very small screen (38mm and 42mm), but a lot more attention needs to be paid towards the watch’s micro-interactions as there are fewer interactions than any other mobile device. 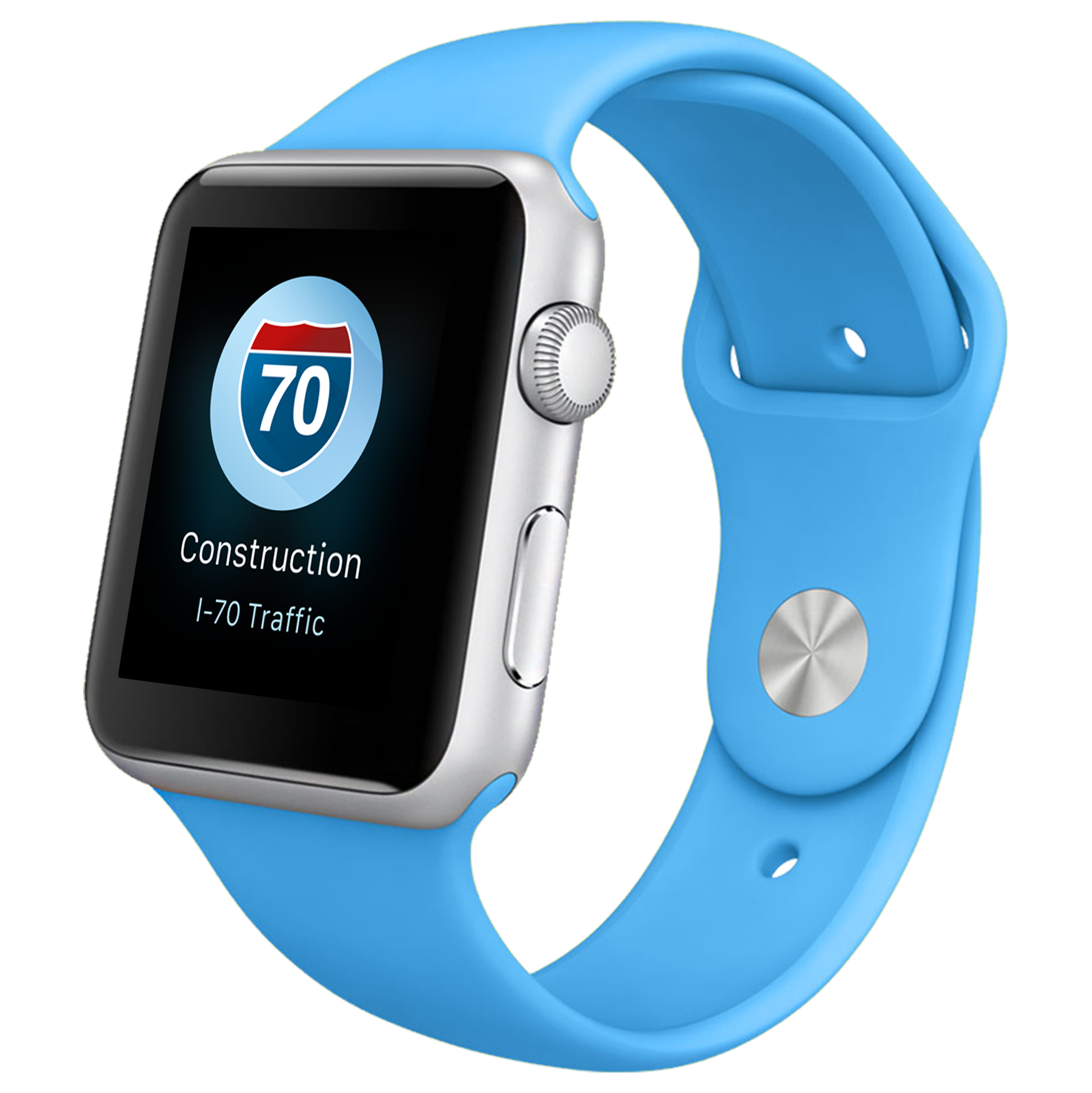 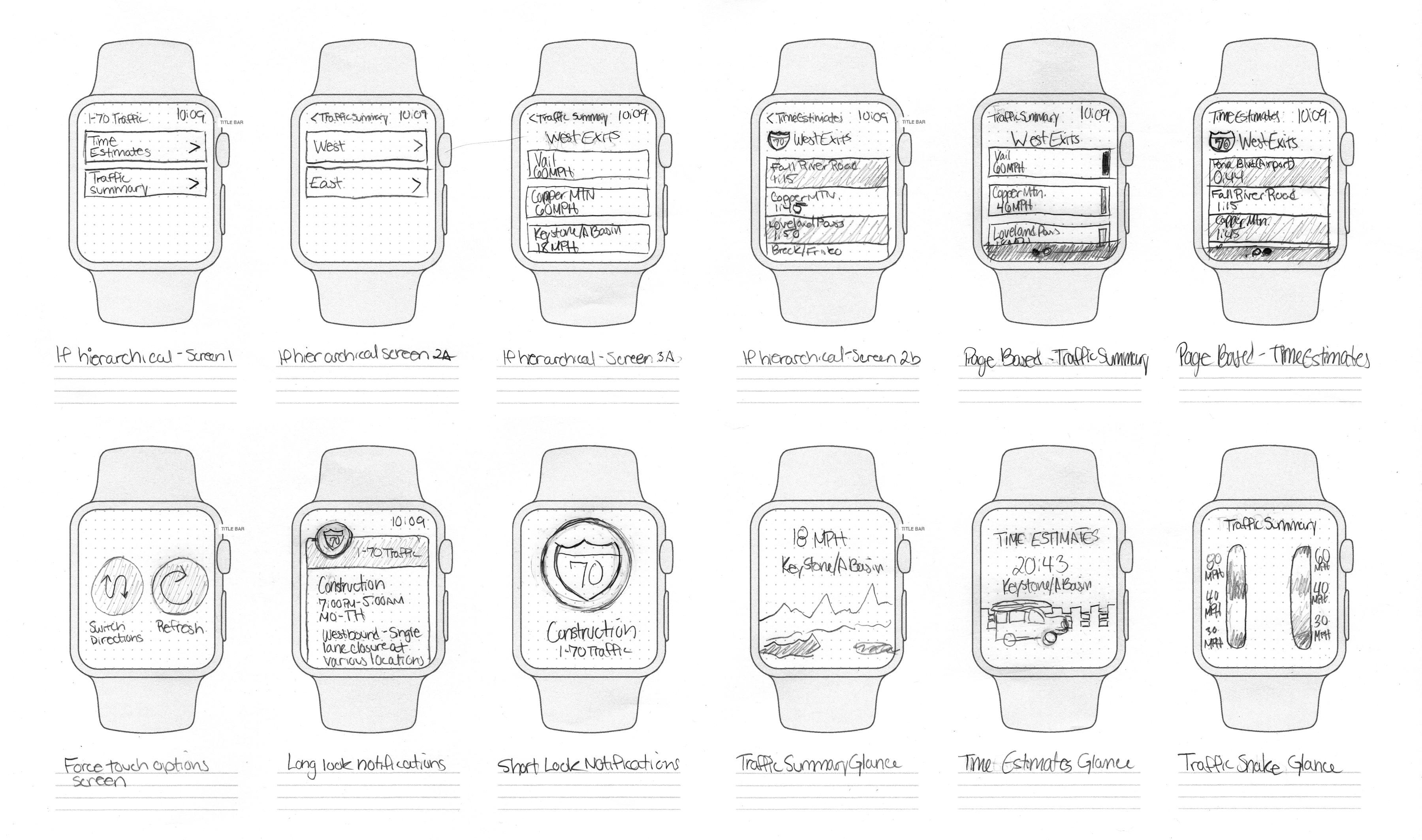 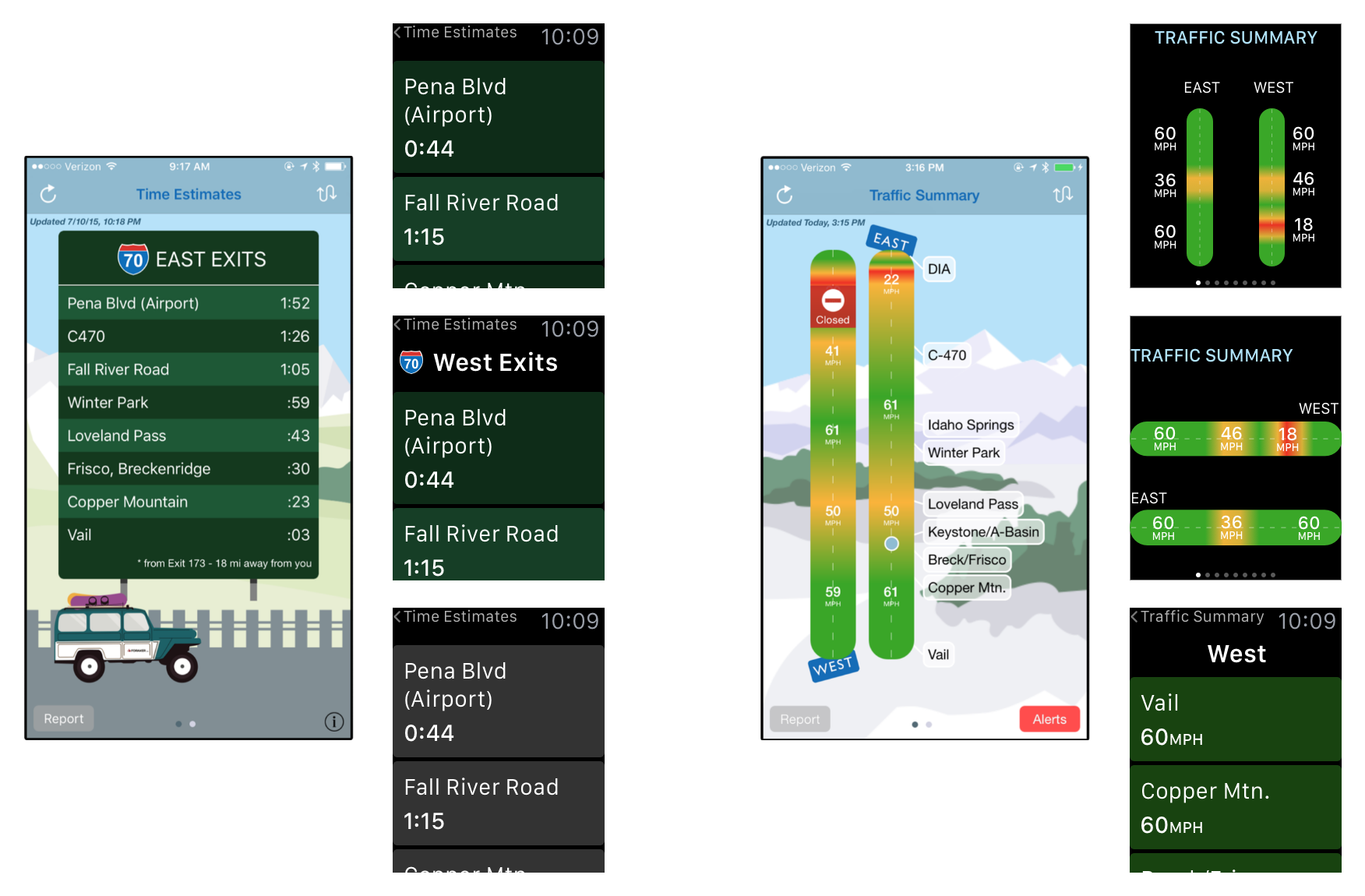 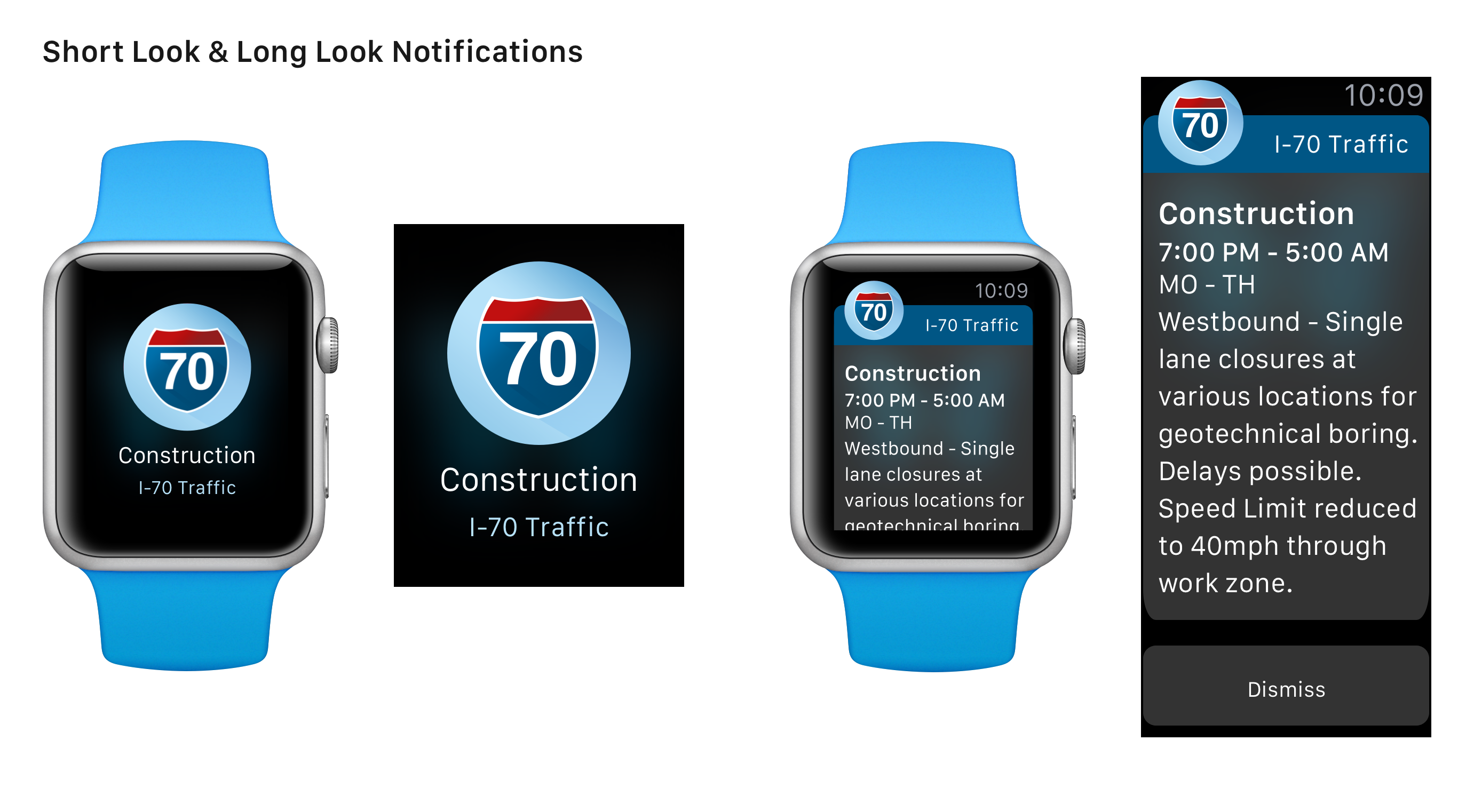 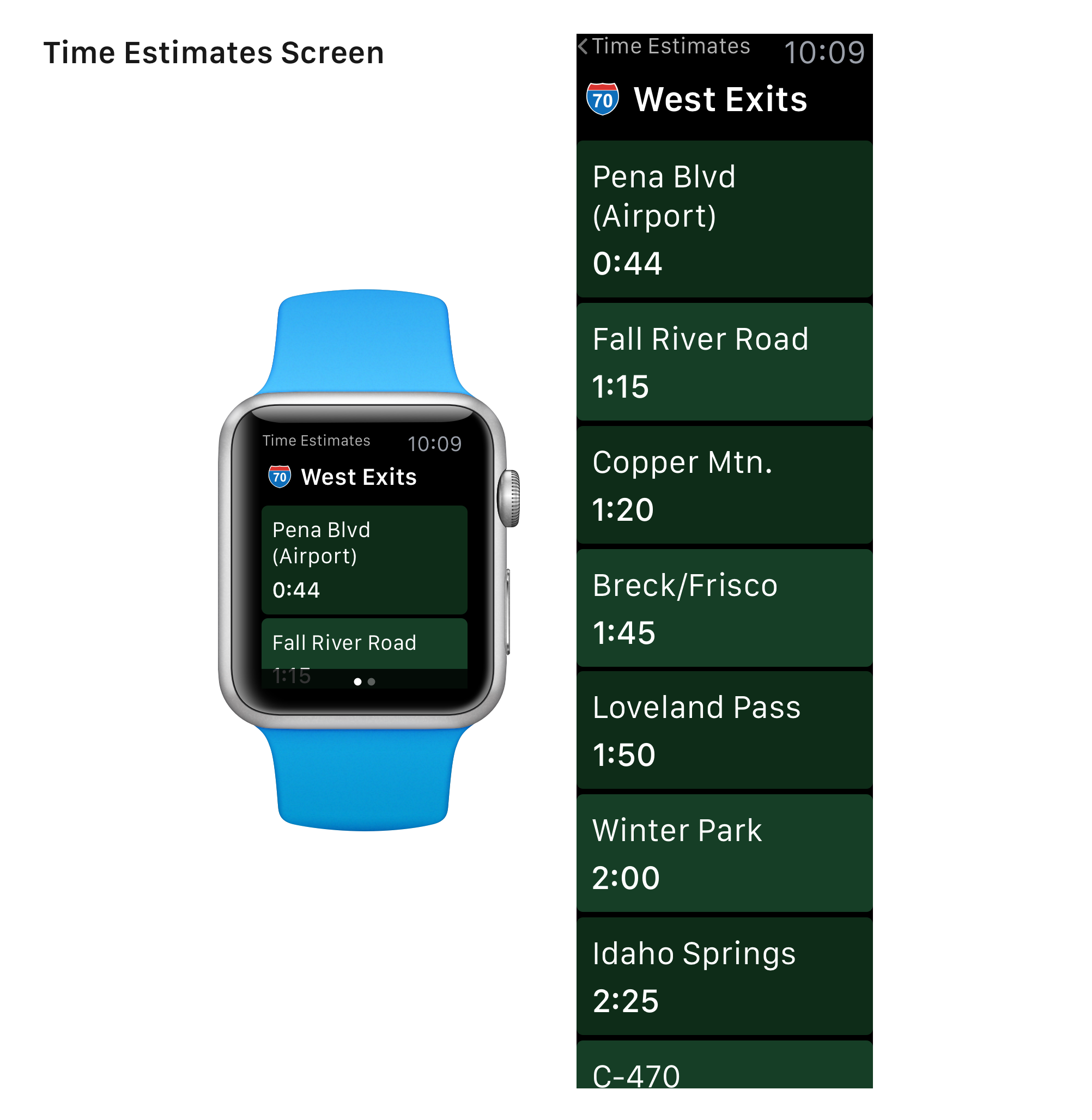 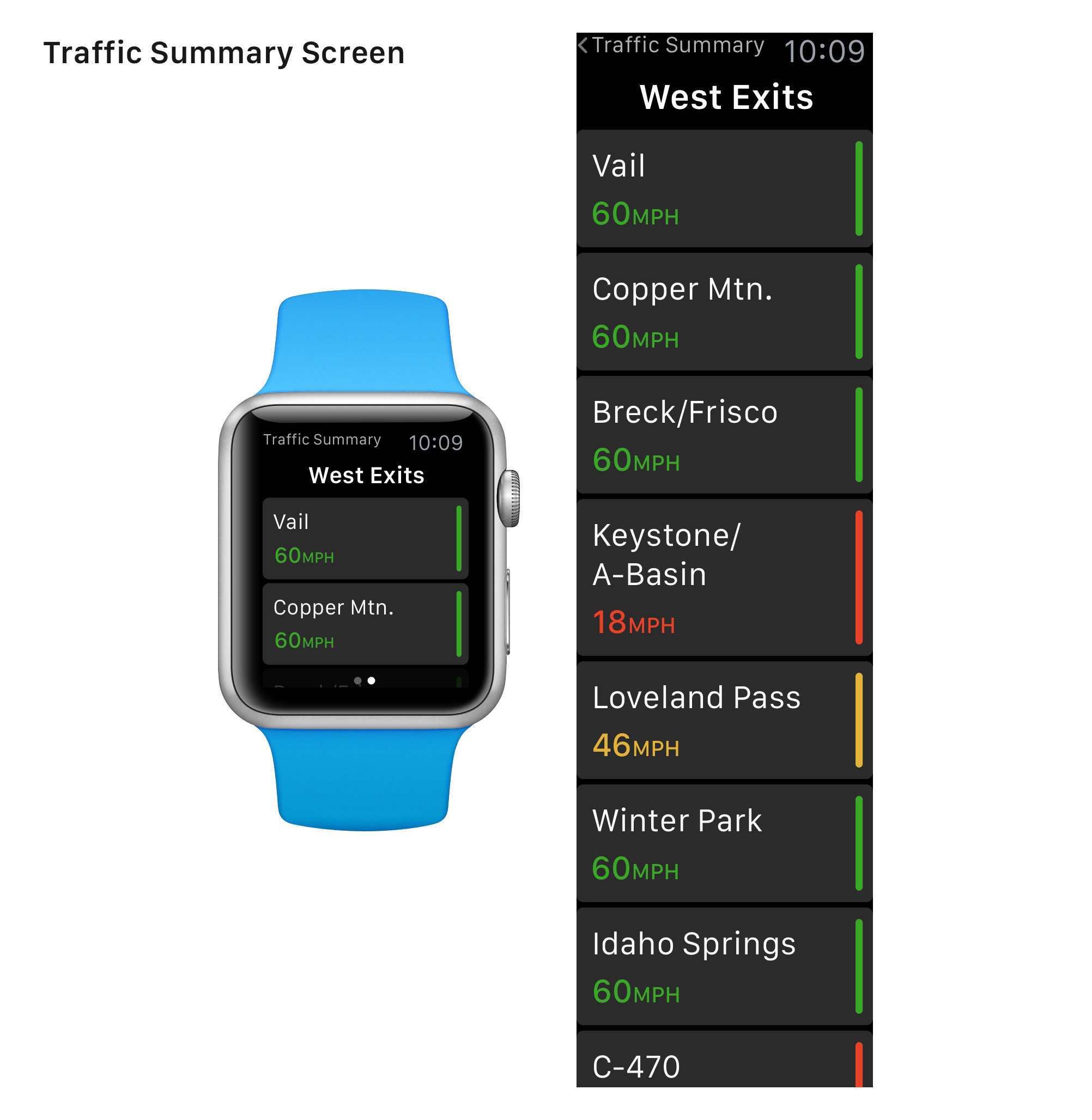 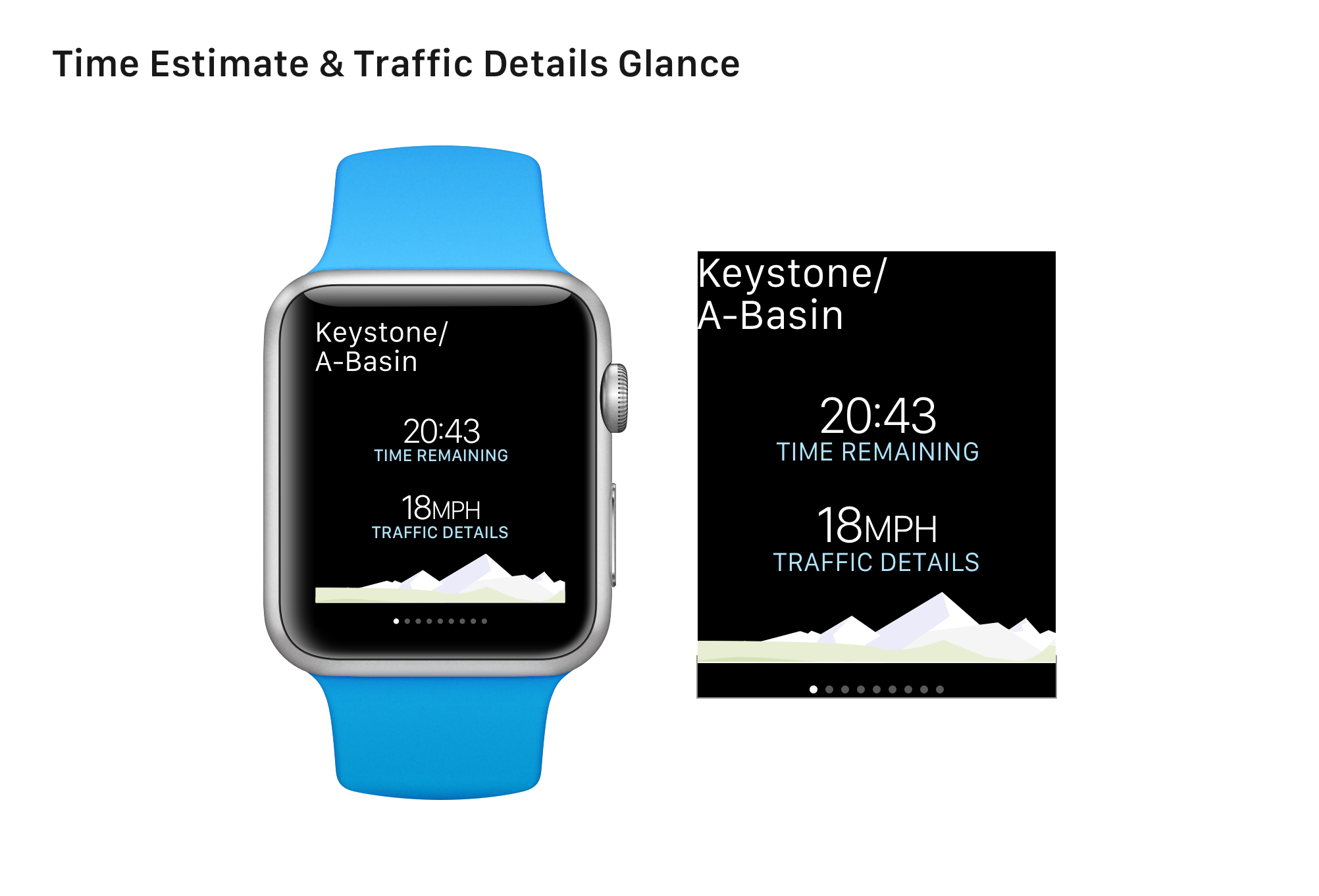 Using watch design resources provided by Apple made it easier to understand layout constraints. That in combination with the watch guidelines aided the process of designing and iterating on I-70 Traffic watch layouts.

There were key design decisions that needed to be made while sketching:

After dozens of iterations on different layouts and concepts we decided on the following:

Shown are the final designs for the I-70 Traffic watch app. A few alterations were made during the actual development of the app, and then was made available on the Apple watch.